"3 replies + 1 retweet to [Request open tweet] made by someone" 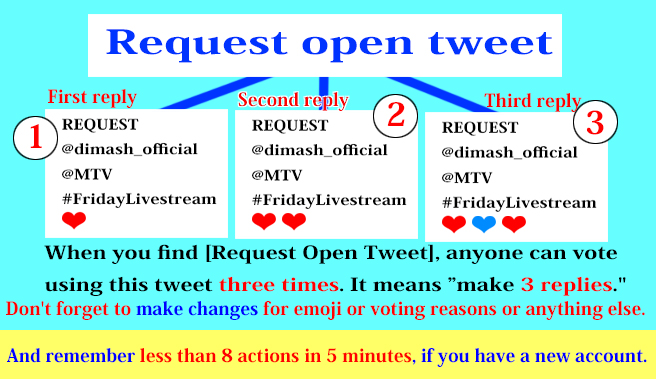 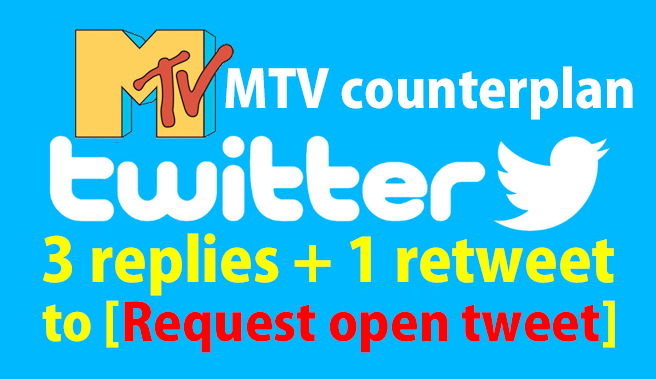 ★Outline of this method

During the voting period on MTV FridayLivestream, Twitter itself as a whole is one big ballot box.

Even if you don't reply to Kevan's tweets or MTV's tweets, you can tweet the magic words(fixed words for requesting Dimash) somewhere on Twitter and they will be automatically counted as valid votes.

Magic words are made up of four elements.

Have you ever wondered why Japanese [Arashi fans] don't get so many votes in [Reply to tweets to MTV and Kevan]?
Do you know why "Arashi" always ranks high despite the low number of visible votes? ..
One of the reasons is, of course, that there are many fans.
But one of the other reasons is that they are voting systematically by adopting a [self-sufficiency method] like this blog post.

1. First, someone personally makes a [Request Open Tweet] as shown in the photo below. 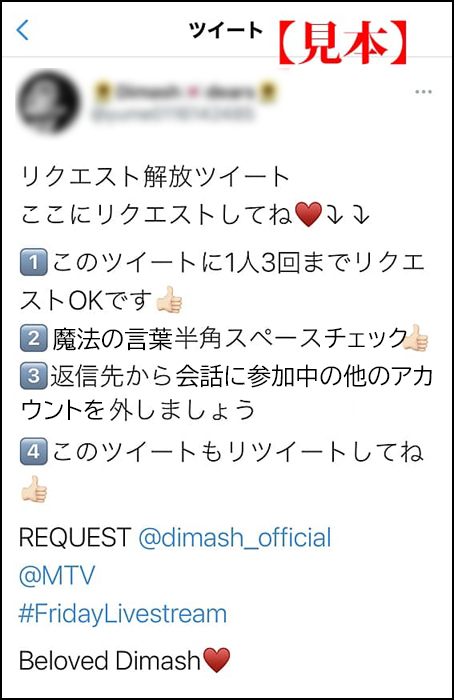 Request open tweet
1. You can request here 3 times in a row.
2. Make sure there is space between the elements.
3. Uncheck all accounts except the original reply account.
4. After 3 reply votes, "retweet" this “request open tweet”
‪REQUEST @dimash_official @MTV #FridayLivestream

2.  When you find this [Request Open Tweet], anyone can vote using this tweet three times in a row by replying. (Theoretically, you can reply as many times as you like, but we limit reply 3 times avoiding to be a suspicious tweet as robot on Twitter.)

※ The magic words have to contain all these word below.

※ It is a good idea to briefly write the reason for your request.

※ Photos and videos may or may not be attached. Don't be too particular about it.

※ As the request open tweets spread, the number of "accounts participating in the conversation" will hang down and increase steadily.

During the voting period, there will be so many reply votes that it can be annoying to be full of voting notifications if all of them are notified one by one.

This is called "engagement reply".

In order to prevent such "involvement reply notification", please do the following as a manner and then vote for reply.
It takes only 3 taps. It's easy to do so once you get used to it.

【How to prevent entanglement reply】

On the reply screen, first tap "Replying to". (Reference image 1)

※The screen differs depending on the terminal model. On the screen that opens, uncheck the top of "Other accounts participating in the conversation" and uncheck all accounts except the original reply destination account. 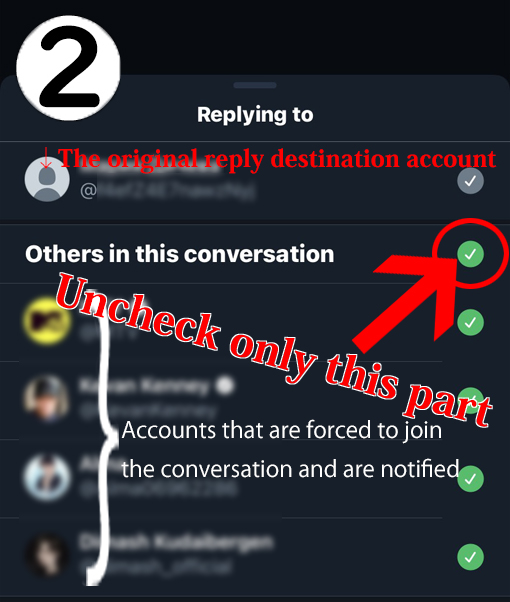 ↑ Even if Dimash or MTV is unchecked on this screen, please be assured that it will be counted since the magic words in the tweet.

3. After 3 reply votes, "retweet" this “request open tweet” (in this case, just a retweet, not a quoted retweet) so that as many people as possible will notice and get more reply votes. , Please spread this.

Then someone will find it, vote again three times, and spread it with retweets.
In that way, we would like to develop the request open tweet like a pyramid and have many dears vote for reply three times each.
You reply once, then you can reply again after the time apart. 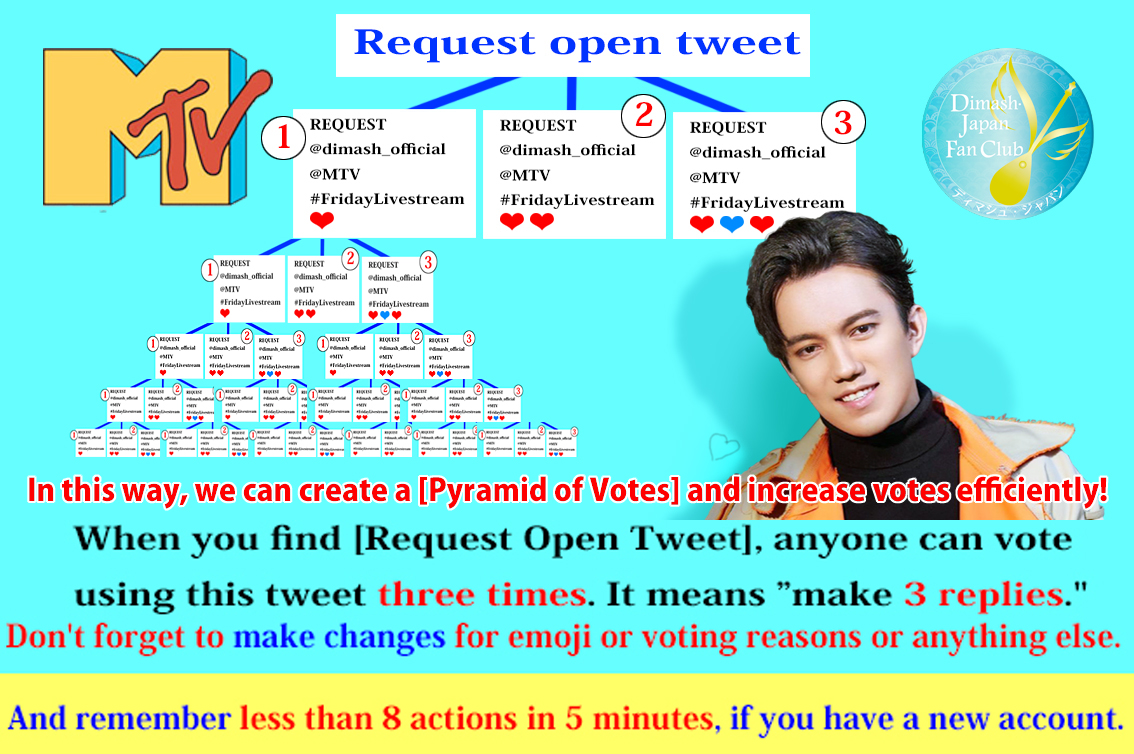 4. In this way, 3 replies + 1 retweet to the [request release tweet] made by someone

These 4 actions are regarded as 1 set, and 2 sets (8 actions) are performed in 5 minutes.
Remember less than 8 actions in 5 minutes. (To avoid freeze your account or getting shadow banned.)

If you use the same sentence over and over again, Twitter will suspect you're posting spam by a robot and you'll be subject to regulation. Let's change the text little by little and vote.

＊This article has been translated into English by excerpting from the following article (5 pages in total).↓