Dimash Tea is a very delicious black tea.
Tea is loved all by people over the world, there are various way to drink, and is one of the elements that make up the culture of its countries.
In Japan, there is powdered green tea called "Matcha". Dissolve in hot water and drink. 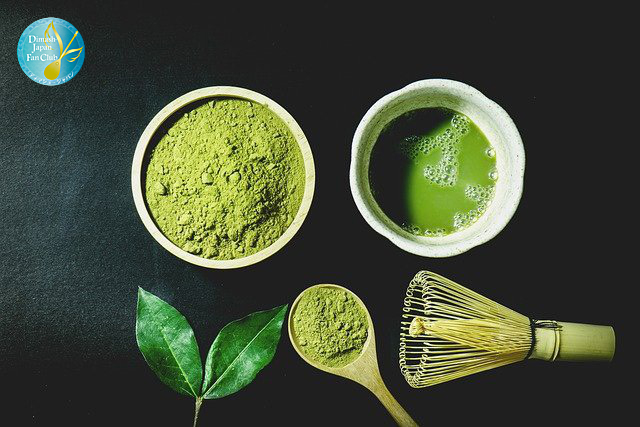 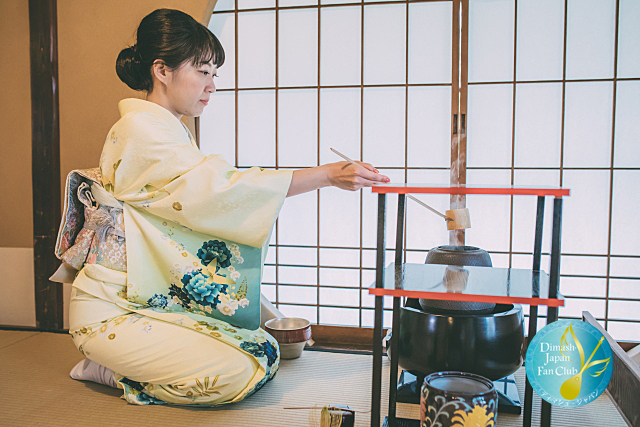 “Tea Ceremony” was established by very famous Zen monk and cultural figure Rikyu(Sen no Rikyu) in 16th century.
There are strict detailed rules in every movements. Also, every action is meaningful.
It takes a very long time to learn these method and even we need a diploma to be a tea ceremony master. 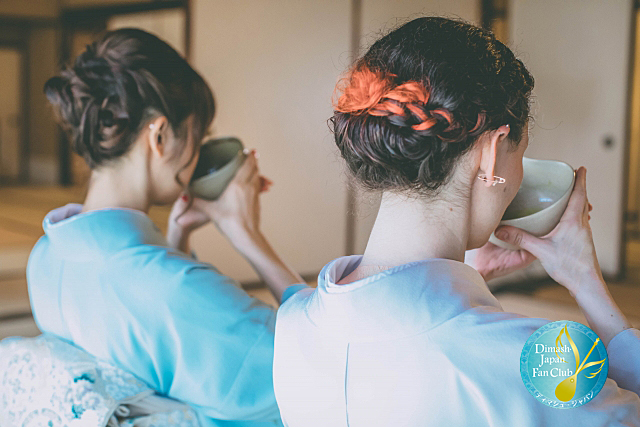 There are several schools in Japan that have taken over the "tea ceremony" as a family business for hundreds of years.
It takes a high spirituality to become a master at school.
As a family business that inherits traditional Japanese culture, it is regarded as a very prestigious occupation in Japan. 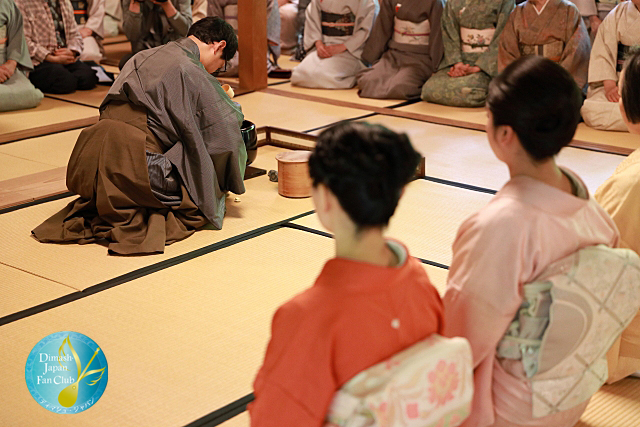 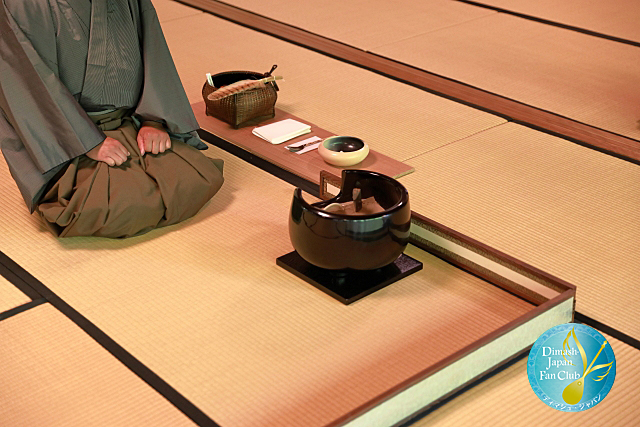 “Japanese tea ceremony” is embodiment of the spirits of hospitality which the host serves tea to customers.
The host is creates a special space of hospitality with indicate the season for the guests.
And the host brings a sense of season, and pure meaning of hospitality with presentation such as decorated picture, flower arrangement and selected teacup. 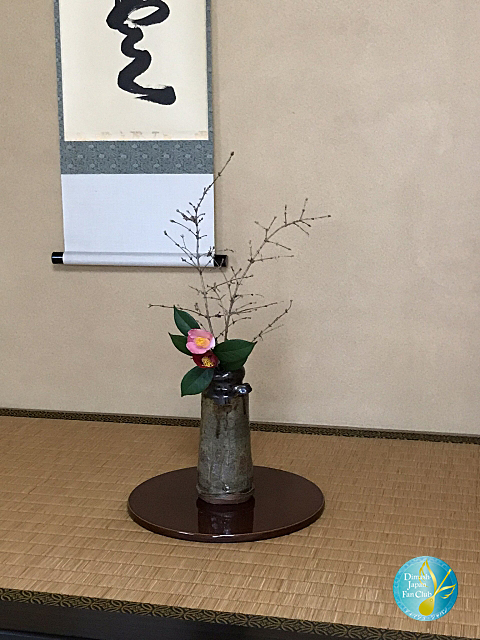 The essence of Japanese tea ceremony is an aesthetic sense without Unnecessary luxury.
The beauty of being naturally feels the depth and deep idea in the silence.
These called “Wabi” and “Sabi” in Japanese and it’s a main concept of Japanese culture. 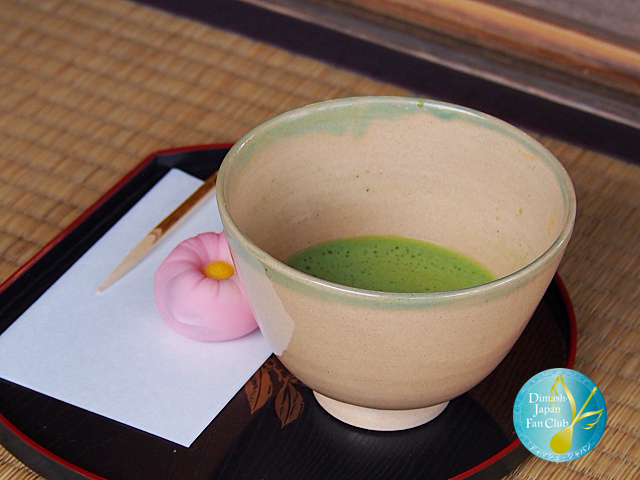 They are called “Namagashi/unbaked confectionary(Japanese confectionary)”
they are very soft and the basic ingredients are sugar from sugar cane, red beans, rice, starch etc…
Skilled Japanese specialty artisan make them by hand. 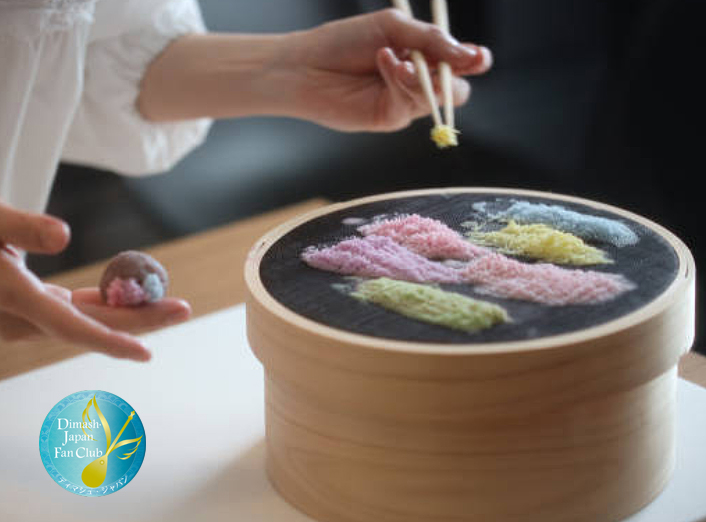 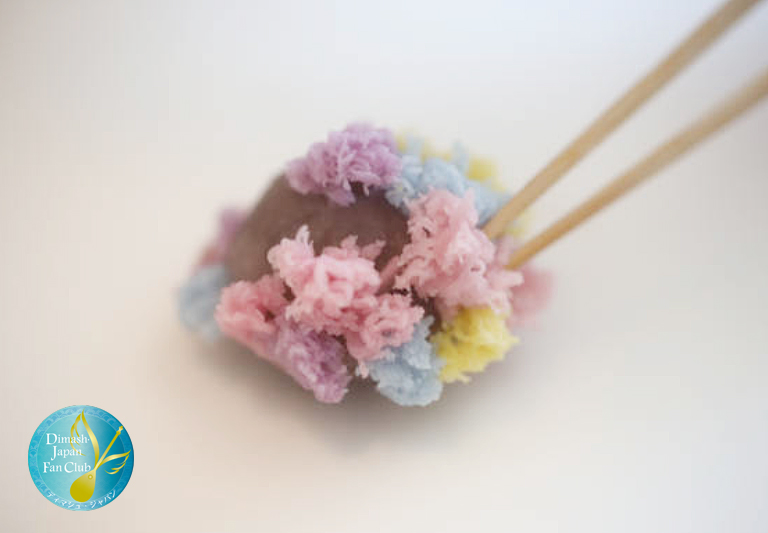 These Namagashi are not only used for “tea ceremony” but also as a daily tea time sweets.
There are no limit for the design of namagashi but what they have in common is that they presenting a sense of the seasons all year round.

1. Spring In Japan, daffodils and cherry blossoms bloom beautifully. The warbler crows and announces the arrival of spring. 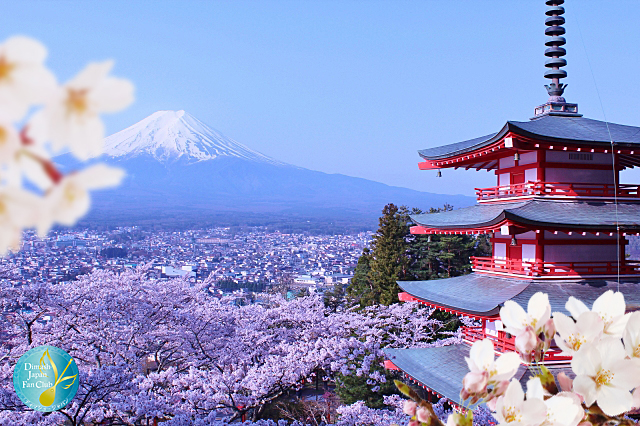 The design of Japanese "early spring" Japanese sweets is like the picture below.
All motifs are taken from flowers, animals and landscapes in Japanese natures.
Japanese sweets with different designs are produced every few weeks along with the changing seasons, from the early spring to later spring. 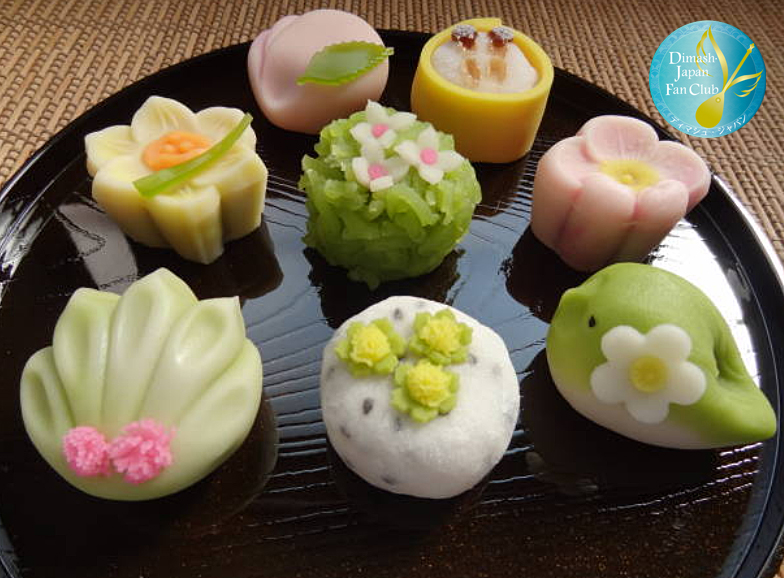 2. June: Hydrangea flowers bloom in Japan. It's the beginning of summer. 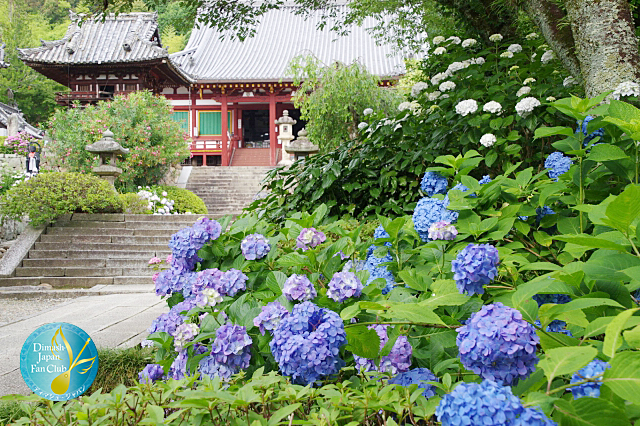 We eat Japanese sweets that imitate hydrangea flowers.
Once the hydrangea season is over, this design will not be used until the next year. 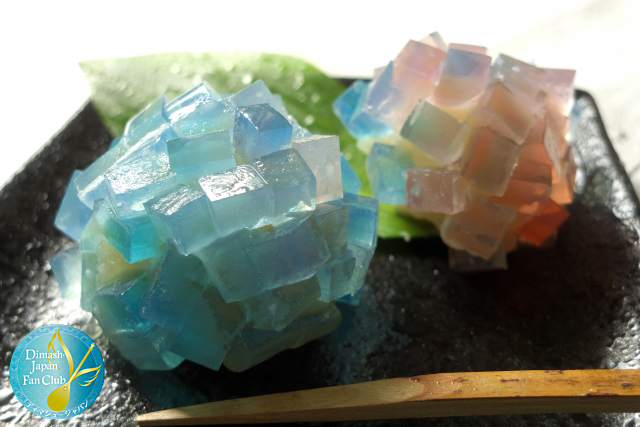 3. Summer. At the restaurant in Kyoto, wooden floors are built on the river, where Japanese food is served.
It's a summer-only setting to feel the coolness. At the end of summer, those floor will be removed. 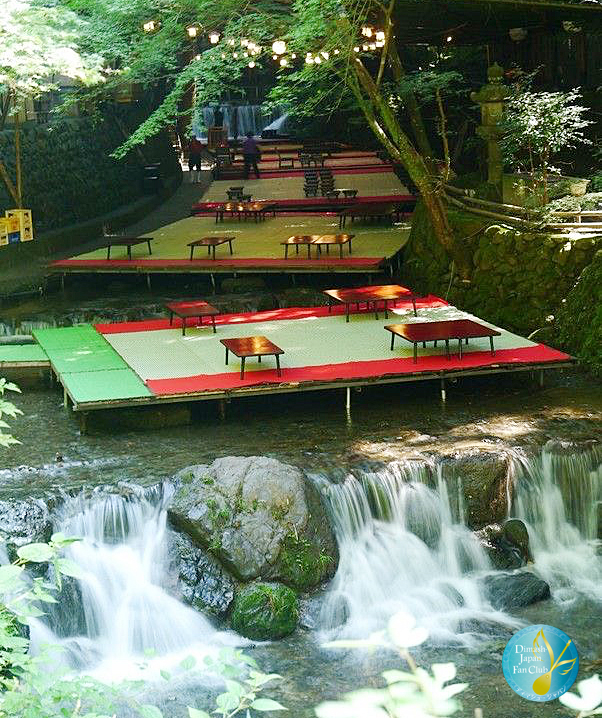 Running water-like sweets are made all over Japan during Summer only. 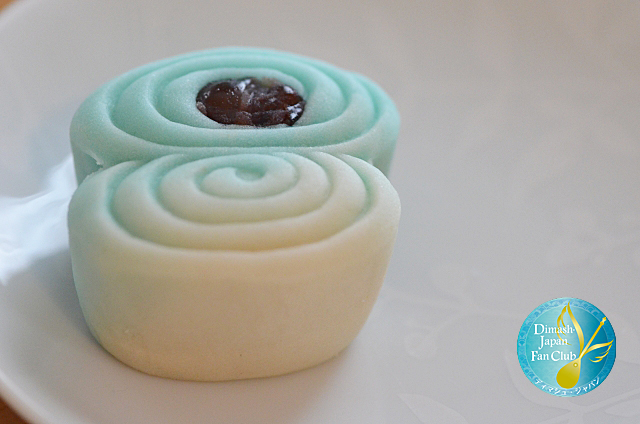 4. Autumn. This is very beautiful season with the Autumn leaves. 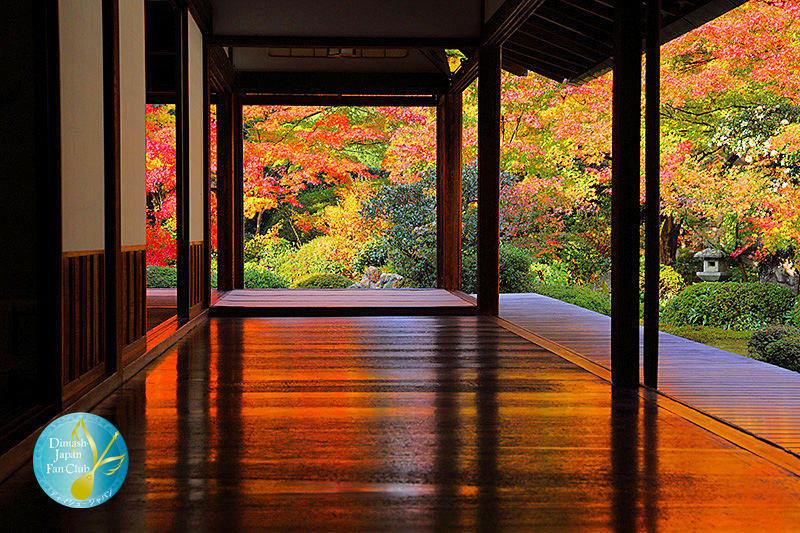 The colors of Japanese sweets are changing by weeks along with Autumn leaves changing its colors. 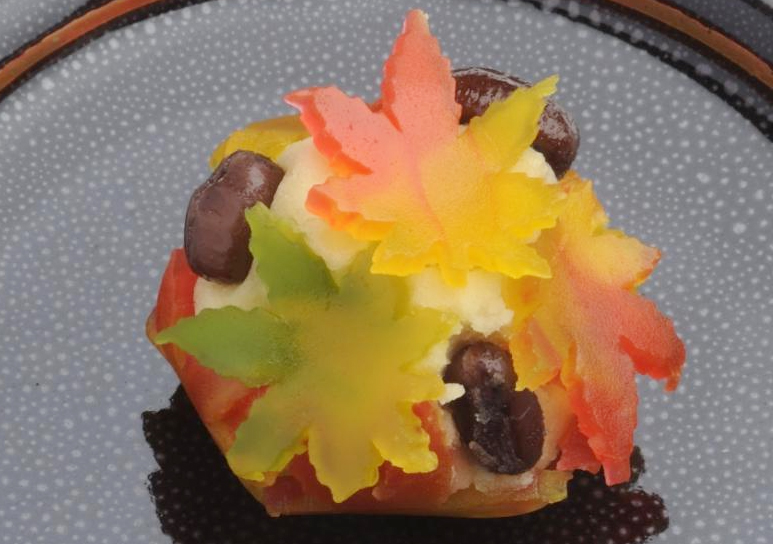 "Traditional way of hospitality that feels every seasons in Japan”
“Enjoy eat season’s sweets”
Japanese people adapt the seasons into their traditions.