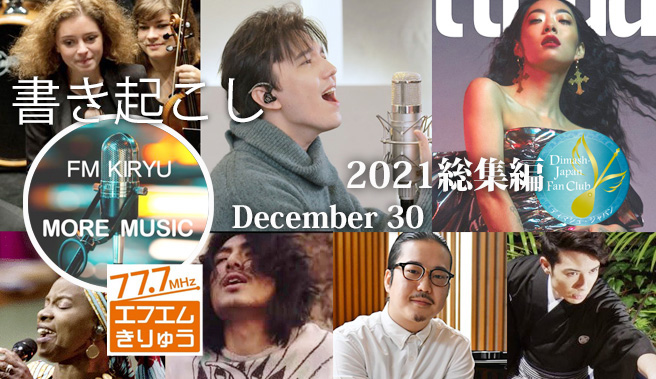 ◆ This article is an "English transcription" of the program. 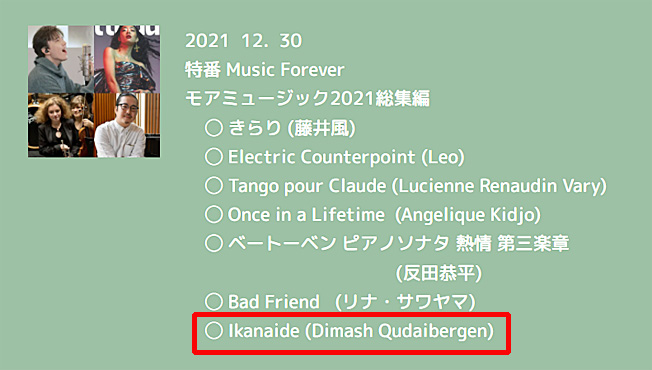 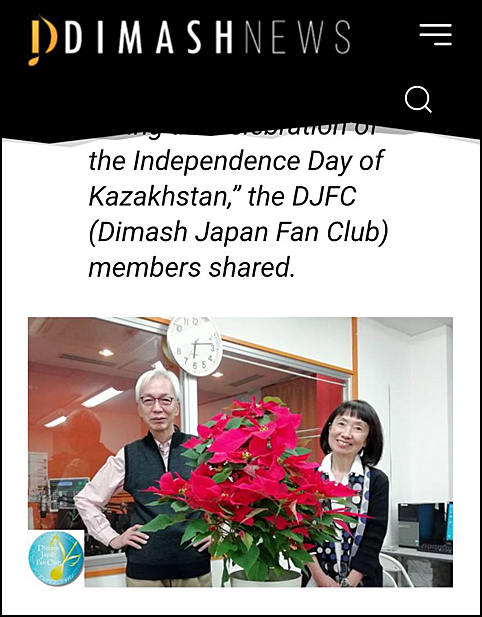 K: Well, it's finally the last…

Y: Yes, this is the last artist of the year.

K: He is the honor of closing the program tonight, again

K: Dimash Qudaibergen, a super artist who was born in Kazakhstan. (Yes) 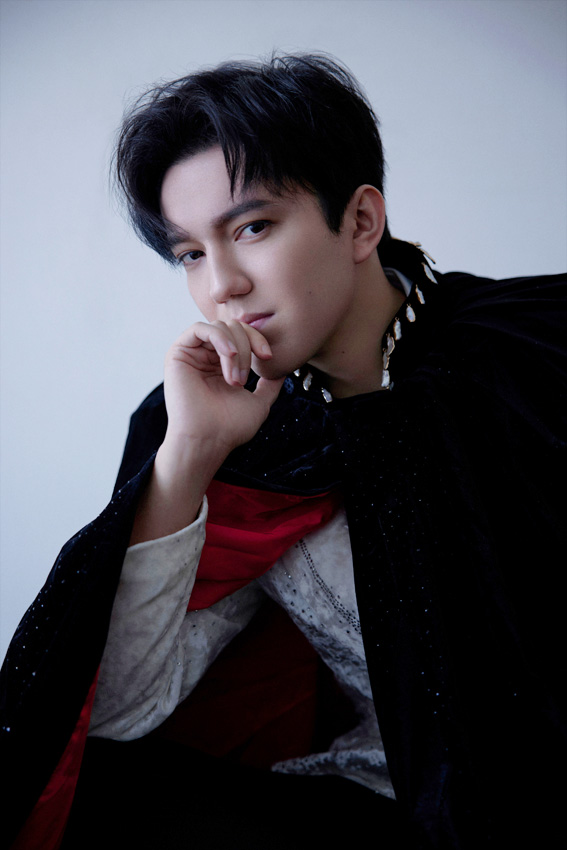 K：With a voice range of over 6 octaves and have various characters..

He can sing opera as a his basic skill, then he can sing hard rock, ballad, rhythm & blues, punk, Rap, HipHop, and Kazakh folk songs. Just like a vocal monster(yes). Well, last month…was it end of last month?

Y: Yes, it was on the 28th of November at Tokyo Jazz Festival 2021, Dimash sang a song in Japanese.

K: That's right. (Y: the performance was awesome.) Yes, it was the first Japanese song sang by Dimash. 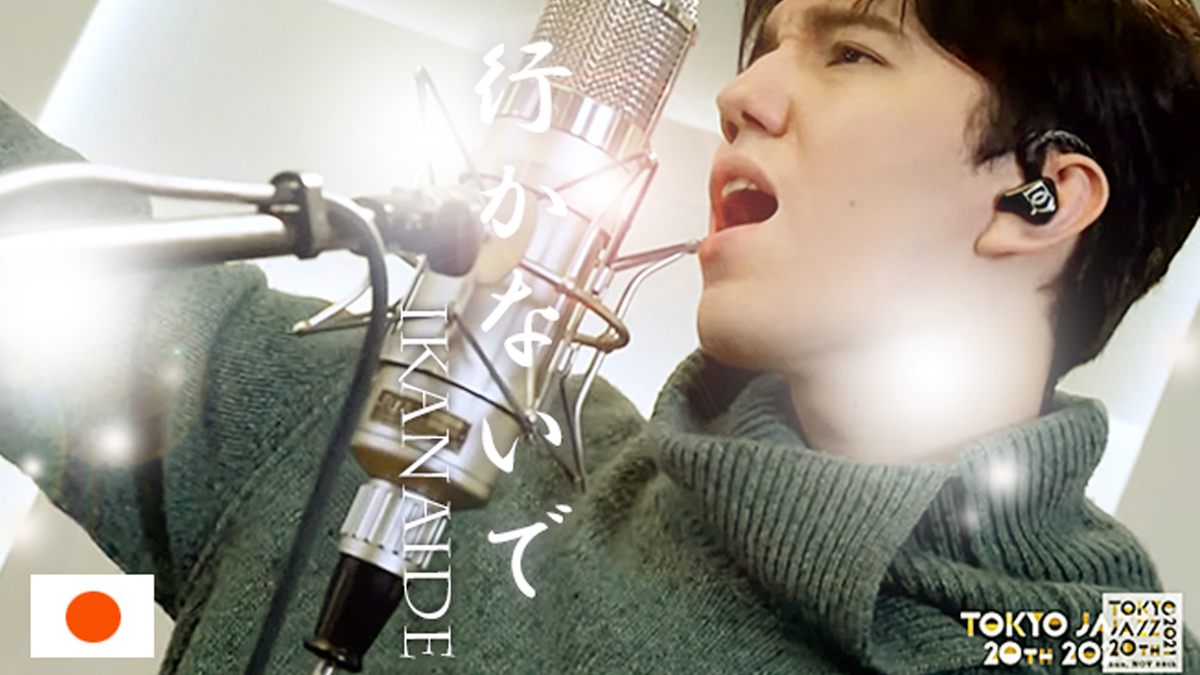 K: This song itself is quite popular in China and Asia ... It's not the title “Ikanaide” though.

Jacky Cheung (Editor's Note:張學友 He is a very famous singer in China ) sang in Chinese and this song became actually very famous in China.

K：Dimash has sung this song several times so far-as "Autumn Strong" at his concerts..

※This is the original cover song of "Ikanaide".

※It was made with different lyrics some years after the original cover, also sung by Jacky Cheung.
※Dimash sang this song in 2017.

K：And finally, he was singing in Japanese for original song.

This had favorable reputation after all.

Goro Matsui wrote the lyrics for the song, and he also responded to his performance on Twitter. "a foreign singer sing in ... eh? (Y: Is that okay?) ... Anyway, ”For me, he is a very first foreign singer to sing this song in such beautifully in Japanese."

I was happy to perform your song. Thank you for your trust and high praise🙏 https://t.co/MY4PdN3gCf

Y：K: His Japanese is very sincere, and it really soak in through the heart.

I found that was really amazing things.

K：He has everything he needs to sing a song.
In this song, he sang with various techniques, and from the beginning to the end, he is telling a story of his own by singing. Even with a little vibrato, or with softly whisper, Dimash brought his “Ikanaide” wonderfully until the end.
Well, let's listen. 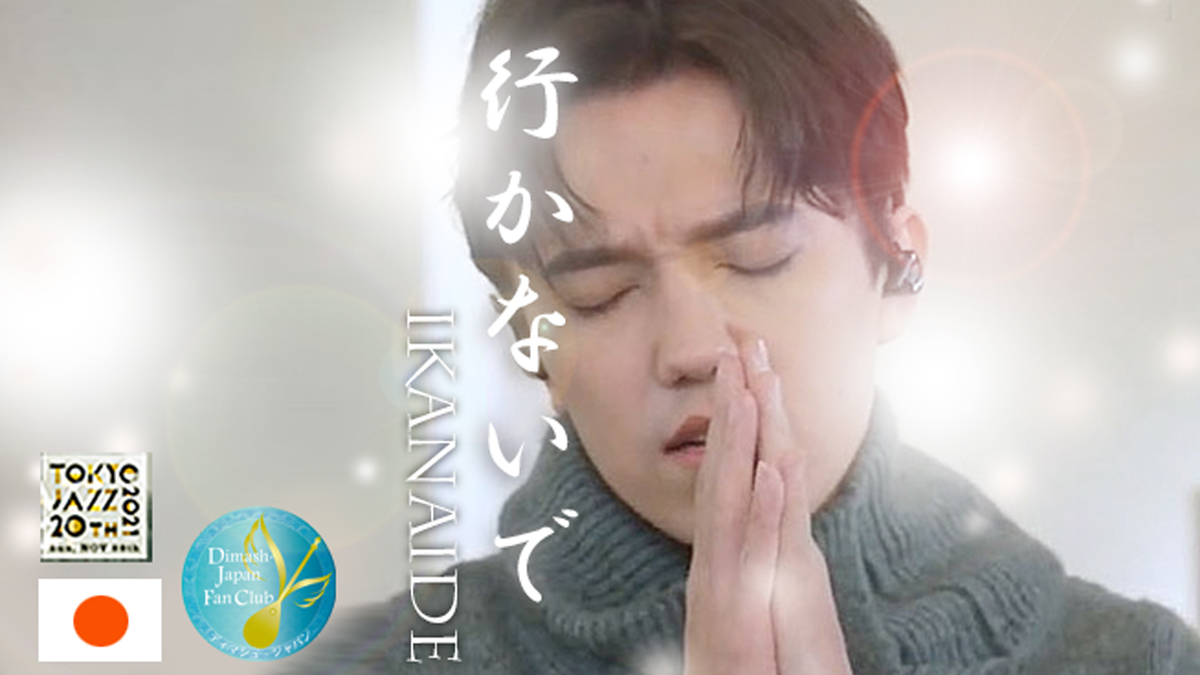 K: It was “Ikanaide” by Dimash.

K: Often, when People are surprised, we say “dropping one's jaw”, and the case of Dimash singing, it’s inevitable. (Yeah ... just feel like we can't help laughing…because we lost our words each time)
Like…I wonder how far he will go…

Y: Well, I really feel something mellow with his sound he sing.

K: It made me to found the other charm of Dimash again, which has never experienced before. 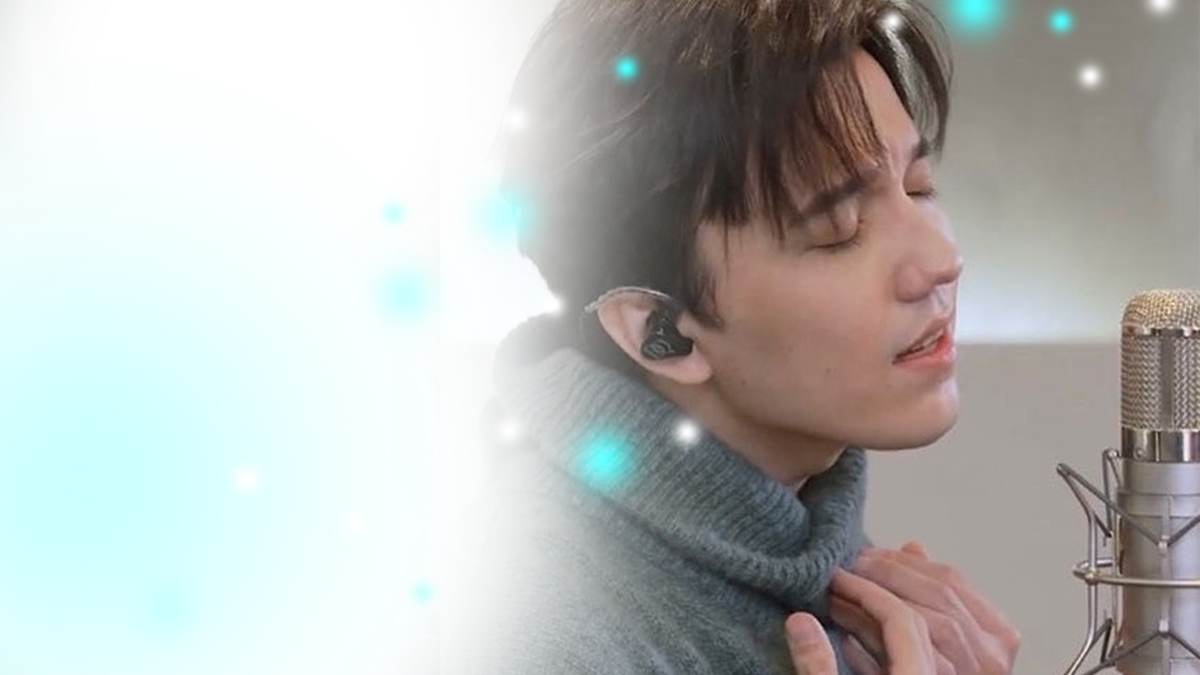 K:Now, the latest news of Dimash is the new album with Mr. Krutoy.

K: The album with the various songs which he worked with Mr. Igor Krutoy …was released.

It just came out as an album.

K: We will able to broadcast this from now on I guess.

K:Now, We presented you 7 songs as omnibus music for this year.

We had many different genres of musicians tonight.

We are planning to introduce more great musicians from around the world next year as well. 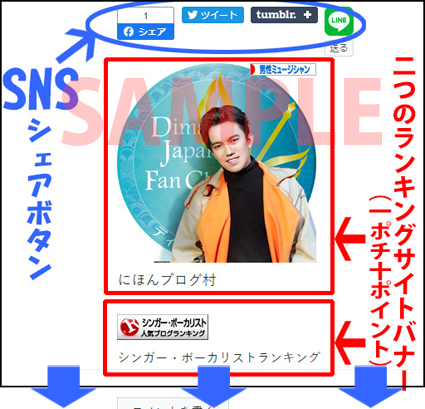